In the four years since I began my transition, a year before being Trans was a big public issue, I have searched for a deeper understanding of why I felt like I was in the wrong body since childhood.
Yet to say that it is just a feeling underestimates the overwhelming and profound sadness having to go through puberty as a male and the power of what my body and mind were telling me, that this was all wrong.

But… you deal with it, you suppress your true self so that you don’t get embarrassed, harassed or even killed. That was the 80’s and 90’s for me.

Times have now changed and it seems that everyone has something to say about how Trans people should be treated in society. Much like the recent plebiscite on Marriage Equality.

Being Trans doesn’t make you special, it doesn’t make you rich and it certainly isn’t about drawing attention to yourself. It lowers your job prospects, makes you more susceptible to harassment and the side effects of Hormone Replacement Therapy can be quite profound. So it’s reasonable to expect a safe space to explore your gender if you are questioning it. For me there simply came a point where I couldn’t live a full life without being honest with myself and those around me.

When I came out I was met with love, kindness and compassion. I was also met with hate, bigotry, misconceptions, mental abuse and assault, all of the things I had feared for more than three decades. It felt like nothing much had changed.

What you would hope with being Trans, now with all the public attention around it, is that Trans people would have the freedom and right to explore who they are. However, it’s groups like Binary Australia (formerly the anti-marriage-equality lobby group Marriage Alliance and closely associated with the Australian Conservatives party), who are trying to make this impossible for those who don’t fit into a binary gendered world.

I recognise and understand what they are attempting to do, we’ve seen similar hate groups in our history before. It’s groups like these that use fear mongering and hate to further their agenda, which really has nothing to do with Trans people but serves as a platform to attain power for themselves while suckering susceptible voters into believing that they are standing for a legitimate cause.

Hatred of Trans and Intersex people will never be a legitimate cause. The Pirate Party and LGBTI allies will fight them at every turn. 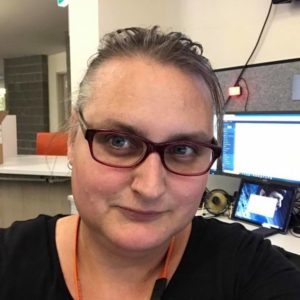