Candidates for the 2019 Federal Election 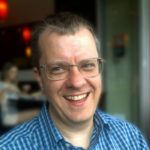 I’m a writer, Science Communicator and IT contractor. Over many years, I’ve taken an interest in intellectual property, having completed one year of employment towards becoming a Patent Attorney.

I’ve been involved in a range of different causes and groups including NSW Humanists, NSW Rationalists, Sydney Outdoor Lighting Improvement Society, Non-Smoking movement of Australia, Sydney Engineering Heritage Committee, Australian Canal Society and the Sydney Realists. I have close ties to the electorate of Bennelong, having previously stood for election not just with the Pirate Party, but also as an independent and on behalf of the Secular Party. I am also involved locally in Community Radio, with a weekly show. 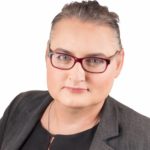 I’ve been politically active since I worked for the Teachers Federation on the Gonski Campaign in Digital Media from 2011 to 2013 fighting for and crafting the message for public schools and TAFE.  When Tony Abbott appointed himself Minister for Women I had had enough and launched my own change.org campaign which received 13,048 signatures to get the Prime Minister to appoint a more appropriate Minister for Women.

From there I’ve worked with the homeless and worked in various other areas of government from an IT perspective. Recently I’ve been one of 33 elected members of the steering committee of the Offshore committee in the MEAA. 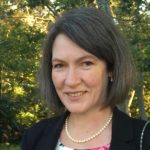 I have been interested in the political process for some years, and have always taken my right to vote, seriously. While I don’t have any formal political experience, I feel that I have enough life experience, and maturity to take on this role at this time. I have raised a family, lived and worked both in Australia and overseas, and been an active volunteer in the community, and our local schools.

I trained as a pharmacist, and worked in the field. From a policy perspective, I have a particular interest in healthcare, aged care, education and family services/welfare. 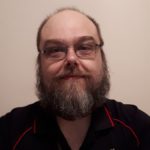 I’m a family man, a father of 2 daughters. I’ve been working in ICT for the past 25 years, with the last 5 years at a charity organisation working on improving the lives of Indigenous people in the Shepparton region.
I’m passionate about the rights of the little person, making sure that no-one is left behind.

I got into politics when I saw the laws that both major parties were introducing regarding the internet. Over the years, governments have sought to limit the flow of knowledge and basic freedom that’s so fundamental to the ‘Net. It’s time to fix that.

I have a particular interest in Australian manufacturing. Contrary to popular belief, it is far from dead – it just needs some love. Competition on the strength of our technological lead only works if we have one!

I have previously run as an independent here in Shepparton at a state level. 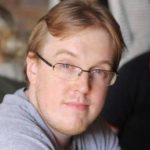 I’m a Community Lawyer (having worked in SEQ, Canberra, and Mackay), and for a decade I have provided legal advice and advocacy to those in the community who would otherwise not have access to justice.

Like many others, I am angry with the current state of Australian politics, and wish to advocate for change to how our politicians behave in their professional capacity and as to how they represent their constituents.

Despite coming from a legal rather than an IT background, I support and advocate for the Pirate Party’s platform of the protection of civil and digital liberties. I have also sought to expand the policy base to areas such as Domestic Violence Law Reform. 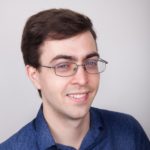 My drive to build a better society has seen me rapidly transition over the past few years into an organiser and volunteer with many different groups across the spectrum of activism, community work and open source. 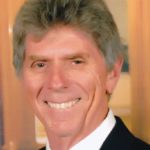 From my background, I have a deep understanding of issues particularly in areas such as copyright and the implications of the digital revolution and social impact that this brings with it. I have a strong interest in and support of a basic universal income scheme and see this as a major requirement for the future growth of our nation.

I have worked in private industry for many years in both technical and management roles including running my own IT company with six employees and more recently years in State government. My experience gives me a good understanding of what business needs to survive and grow as well as the knowledge to determine the effects of proposed political changes on individuals, business and government.

Our country, as well as the rest of the world is facing huge change and the social impact needs to be addressed and plans considered to utilise the change rather than playing catch up after the fact. By planning ahead we can capitalise on this rather than being a victim of it.

I see this as a great opportunity at one of the greatest turning points in history and to be a part of it and help our nation to be a leader in managing this pivotal point to our advantage. 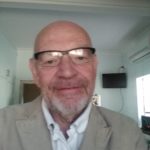 I worked commercially in the Information Technology arena for nigh on 40 years The first few years were spent coming to grips with the technology, which has now changed, but none the less remains the technology. The vast majority of my experience was focused on understanding people’s expectations of what the technology can provide and managing that expectation. I believe this is analogous to the role that an elected member of parliament performs and as such I believe I am suitably qualified.

I feel that the behaviour of the federal government during the last few terms has been deplorable. Arguably this may apply to the last few decades / century. The major parties have been focussed on political point scoring, both within and external to their own parties, rather than providing sensible and reliable forward thinking governance. I relish the opportunity to be involved in an attempt to turn that focus toward the betterment of Australia.