The National Council consists of (up to) nine members directly elected by the membership of the Party each year at our National Congress.

Our Party is governed at a federal level by the National Council, which sets direction and makes decisions relating to the Party’s day-to-day operation. Miles Whiticker is an activist, organiser, unionist and street journalist from Brisbane. He has been part of the activist scene in Queensland and a Pirate for nearly 10 years, supporting science and evidence based causes with a preference for community engagement and volunteering.

Miles has assisted the party at the Griffith by-election 2014, the Federal election 2016, and has contributed time towards developing press releases, recruiting and raising awareness of the party platform through social media. Alex is studying for a computer science degree. His other passions include choral singing, transport planning, and psephology. He joined the party in 2014 for its digital literacy and commitment to evidence-based policy.

As Secretary, Alex handles membership and correspondence. In the previous National Council term, he was Registered Officer – the point of contact with the Australian Electoral Commission. Those duties are now also included in those of the Secretary. Alex is also working to grow the party at a grass-roots level in his native Brisbane. John does computer support work in retail and shareholder communication. He is passionate about justice and ethics in our world, particularly as it plays out in law generally and intellectual property in particular. He has stood on behalf of the Pirate Party in the Federal seat of Bennelong and also as a Councillor for Ryde City Council.

Along with technology and law John is also interested in spoken word and poetry. He broadcasts on community radio and hosts the program “Roving Spotlight” on Tuesdays from noon-2pm on Radio Skid Row Marrickville Sydney, and writes about his ideas on the website johnaugust.com.au Roger is a digital project delivery manager who has spent almost the last decade working in consulting and professional services. With a background in technical support and internet hosting services, he sees the future as digital and so was drawn to the Pirate Party as a political party with a focus on the technological future of Australia and the world.

Based out of Brisbane, Roger joined the National Council in 2021 after 2 years as a silent supporter and is passionate about making a difference in the area of environment and economics. David has been a member of the Pirate Party since 2012, and an Analyst Developer by trade. He has assisted with our political campaign efforts since the 2013 election, and helped to organise several protest rallies in defence of civil liberties and in opposition to (the then Prime Minister) Tony Abbott.

Since moving from Brisbane to Adelaide, David has had less involvement in public activism, however actively supports our online presence and contributes toward various causes aligned with our policy platform. 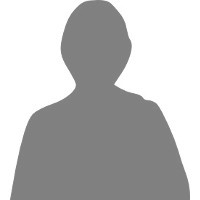